Counter-Strike: Global Offensive has come a long way, especially with the effect of the pandemic all over the world, limiting Valve’s and Hidden Part Entertainment’s options to host big tournaments like face-to-face events or even major games. 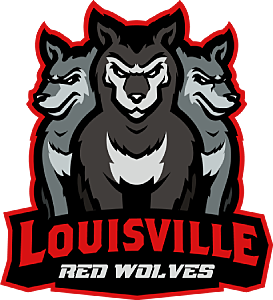 The CS:GO circuit is full of high-quality competitions, but the Majors continue to stand out. PGL, the same organization that hosted the 2021 Stockholm Major, will run the 17th edition of the legendary Valve-sponsored event.

The first CSGO major of 2022 is rapidly approaching. The PGL Antwerp Major will kick off on May 9th with the Challenger stage, and for the next two weeks, we’ll be able to watch the world’s best CSGO teams compete – and we now know who will be competing in the highly anticipated tournament. More than six months have gone since the Avicii Arena in Stockholm witnessed NAVI’s first significant victory in CS:GO. Now we find ourselves in front of a major in one of the most popular FPS Esport.

To reduce the number of competing teams to 24, 52 teams competed in the Regional Major Rankings games. Between the 9th and the 12th of May, 16 teams will compete in the Challenger Stage, with the top eight teams progressing to the Legends Stage, where the remaining 16 teams will compete for a seat in the Champions Stage and a chance to play in front of a crowd of over 10,000 in Antwerp’s Sportpaleis.

What You Need to Know More About PGL Major Antwerp 2022

PGL Major Antwerp is one of the anticipated events for Esports players, especially for CS:GO players, enthusiasts, panels, and talents, because it’s the first major after about two years due to the COVID-19 pandemic. Here’s what you need to know about the upcoming major:

Is a professional esports and entertainment group based in the United States that was created in May 2010. Their team has been outstanding in their previous tournaments, placing first both in ESL Pro League Season 15 against ENCE and Intel Extreme Masters XVI – Katowice with a clean sweep of 3-0 against G2 Esports. With this momentum, they’re looking forward to bagging this major event.

Natus Vincere (Latin for “born to win,” and previously Na’Vi) is a professional esports organization based in Ukraine. With their playmaker “s1mple”, the team makes everyone go wild when he clutches needed points to win a match by wiping the opposing team. Also, with their streak of wins in their previous tournaments, they’re likely the crowd’s favorite on winning the PGL Major Antwerp 2022.

FURIA Esports was launched in August 2017 as a Brazilian esports organization. The team is based in the United States at the moment and is currently considered the underdog in this tournament that is able to go against popular and high-tier teams. With their recent performance in PGL Major Antwerp 2022: American RMR, the team has the potential to be part of the Legends Stage.