Counter-Strike: Global Offensive has stormed the entire world as most teens or adults are hyped and got hooked on the game because of its consistent update and developments on its game features.

Another thing made people get invested in the game is because of its cosmetics, or in other terms, skins, or CSGO jargons, it is referred to as finishes. These items or skins are a new feature in the game as it was introduced during the Arms Deal update way back year 2013, wherein weapons in the game have different textures which can be equipped in-game.

In the world of eSports games, skins or these finishes are the cosmetics any player can flex during in-game matches as these give highlight or fashion in your game while you are playing with other players don’t have any skins in their characters.

However, skins or these guns finishes comes with a price, as guns from a different category, from Knives, Submachine Guns (SMGs), Assault Rifles (ARs), Pistols, and Snipers don’t have the same value as they vary from the texture of the designs and their price value in the Steam market.

One of the reasons why some CSGO skins are expensive is because of the rarity of the design. And it is even surprising some players would pay for almost $15 gun skin.  But for those who can’t afford such high-valued skins as they rely on, if not free, those good cheap CSGO skins. 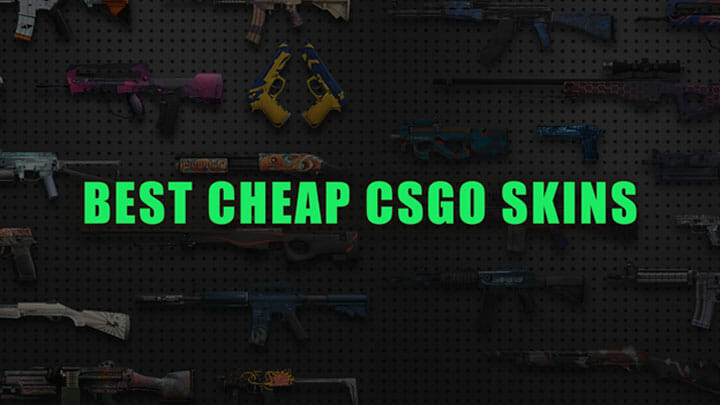 Top 5 Cheapest CSGO Skins You Should Buy (Under $5)

It is already given to any player or any CSGO skin collector that every skin design is uniquely different. These skins may vary from the design, rarity, or price value in the market, and it does not matter as long as the skins you have excites you to play the game more.

The first on our list is this Royal Consort Dual Berettas gun skin. What makes this appealing is its oak leaves which surround a griffin or winged lion on the handle, which has a touch of green. It also has a reasonable price of $0.51+.

If you have visited other review websites or blogs, this AK-47 Uncharted has always been in the cheapest skins for 2022. This is also one of the most famous AK 47 skins as this has an ornate wooden theme wherein you can put this in-game without paying too much. This skin ranges from a good price of $1.23+.

If you are into a shotgun and looking for the cheapest skin in the market, this should be on your list. Nova Koi has been well-bought recently by players because of its design, which has a touch of Japanese culture and Zen movement.  The details are also superb as it has koi fish scales, which are copied from an original color of Koi – orange and white. This skin ranges from $0.61+.

This M4A1 skin design has always been the most bought skin in the market. Not only for the fact that most players use this gun, especially on winning moments, but the design is astonishing, especially the color combination of black and tangerine orange colors, and this makes any player look so cool. This skin ranges from $4.81+.

If you are both into snipers and Greek mythology, this should be on your list to buy. In ancient Greek mythology, Acheron was best described as death or hell, which the river also represents Hades. The theme of skulls and bones presented highlights the texture of the design, as it has a myriad colors line in the gun. This skin ranges from $1.96+.

The question now is where to buy these cheap CSGO skins, and the answer is this:

Where to Buy Cheap CSGO Skins?

Dmarket is considered one of the biggest and most visited places where any player or buyer is safe to trade or buy skins at reasonable prices. When the website was founded way back 2017, it did not only reach CSGO gamers but also stretched its popularity worldwide because of its fast transaction system and for the fact the website is secured by Distributed Ledger Technology.

One of the main reasons why DMarket is number 1 on our list is its price comparison of the skins available in their platform, which means you can easily see the cheapest and expensive ones of any gun you are looking for. But, if you want to visit the site now, you can find numerous cheap skins in all gun categories.

Also, if you want free CSGO skins, you should participate in every DMarket activity like giveaways or market anniversary.

Steam Community Market is one of the most trusted places you can go to, and not only everything you do is being recorded, but the services are top-notch. However, unlike in DMarket, the skins you are looking for are a bit pricier. And if you have the means or budget for the gun skin you want, then this won’t be a problem for you. 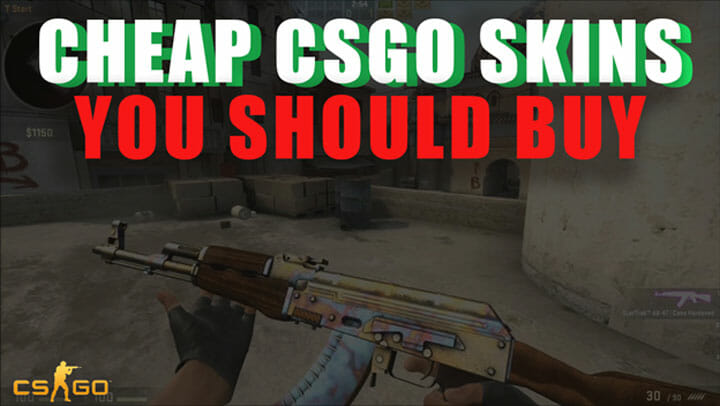 If you are not into the Reddit Community and you are a CSGO player or trader, you should sign up and look for the subreddit r/GlobalOffensiveTrade as it is a dedicated platform on Reddit wherein there are about 300,000+ members worldwide. Any user can trade their social media networks directly head here.

This subreddit has its own rules and regulations you should respect and follow as it’s for the good and future of the community. Another good thing about this community is there are a lot of offers from any gun skins you are looking for – and it is up to you who you should contact and trade with.

If you are having difficulty looking for the best CSGO skins under 1 dollar, say no more as this is list is dedicated for you:

Other Cheap CSGO Skins That Look Good (Under $3)

Looking for other cheap CSGO skins that look good for under 3 dollars? This list will help you find suitable skins for your casual games.